A trigger allows you to perform logic, typically during a transition, when certain conditions are met. Since triggers are activated through gestures that the user performs during the demo, it is helpful to think of triggers as special types of advanced gestures.

Unlike regular gestures that follow a pre-defined transition sequence and move to the scene that you select when you add them, gestures with triggers don’t include any transitions in their properties. These gestures rely on their triggers to perform transitional logic, using alternative flows, including randomizing transitions.

Note: A transition with a trigger conditional always takes precedence over any other transitions from the same scene with equal probability.

It is also helpful to think of a trigger as an invisible light switch. It is turned on when the user gesture activates the trigger. It remains on until you turn it off (clear the trigger). When designing your transition logic, you can check if a particular trigger was set and perform an action, such as showing an element, and/or transition to the next scene accordingly. For example, see Use Case 1 below.

You may also associate a time frame with triggers. For example, if the user interacts with the demo within the specified time, a predefined transition or action occurs. If time elapses and the user fails to interact with the demo, the demo transitions to an alternate flow.

If desired, you may also have several graduated time periods associated with the same trigger. Each elapsed time period would typically have an alternate transition flow, including randomized transitions. For example, see Use Case 2 below.

Important: It’s a best practice to use triggers only in the scene in which you set them and explicitly clear all triggers upon the exit from the scene.

The overall process of using a trigger to perform logic includes the following tasks:

Below are step-by-step instructions and use case examples.

To create a trigger in Studio, all you need to do is to name it using the Set Trigger action menu. Depending on your design, you can access this menu by selecting  Add an Action > Set Trigger in one of the following panels:

To set a trigger for a gesture:

After you set a trigger, you can use it to define the desired transition logic. The following use cases provide different examples of how you can do it.

A demo includes a combat scene in which the user tries to attack a haunted temple. In this scene, you want the combat video to play to the end regardless of what the user does, with no immediate transitions. You want, however, to display an icon on the screen every time the user successfully interacts with the demo and set a trigger.

At the end of the video, you need to check if any triggers were set. Thus, if the user successfully attacked (trigger is set), the demo moves to a success scene that shows the results of the attack. If there are no triggers set, the demo moves to the failed attack scene.

To accomplish this, you need to do the following in the Combat scene:

In Path View, the transitions for the use case above should appear similar to the ones shown below. 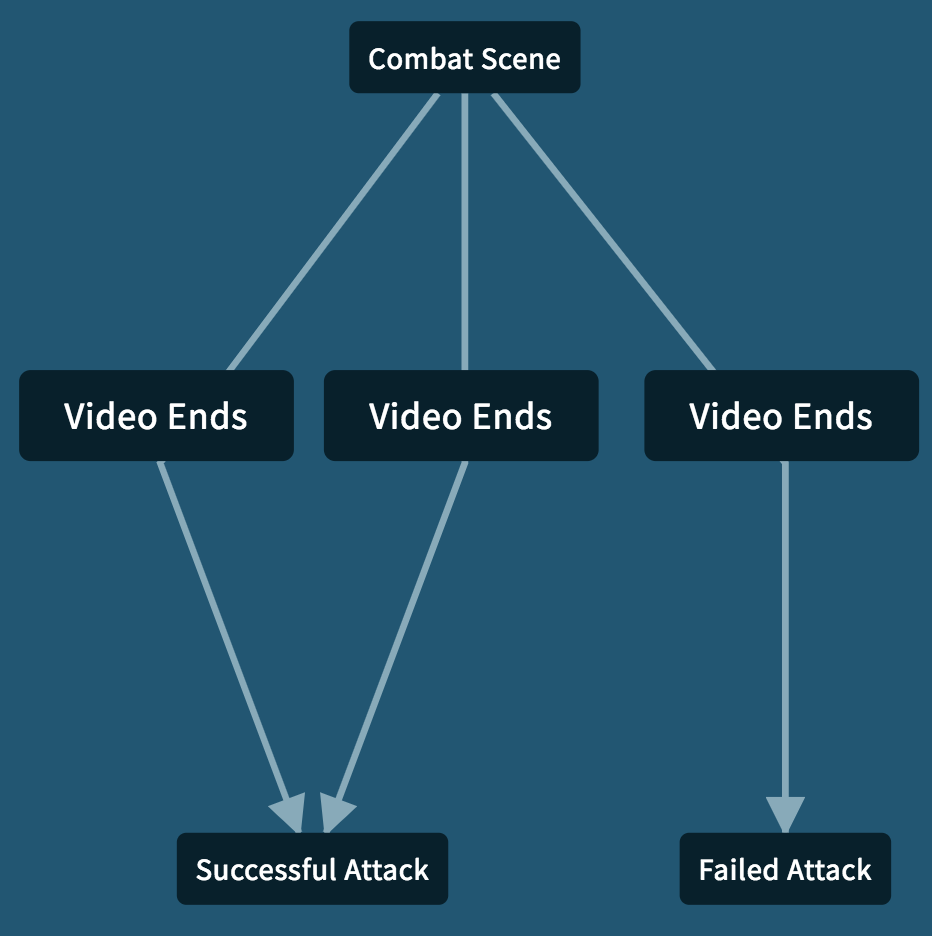 With this setup, if the trigger is set when the user taps the screen, the demo will eventually transition to a Successful Attack scene after the combat video ends and play one of its videos.

Tip: To support more random outcomes, for example, when the ball goes into play after the user taps between 1.1 and 1.5 seconds, you may consider adding randomized transitions. 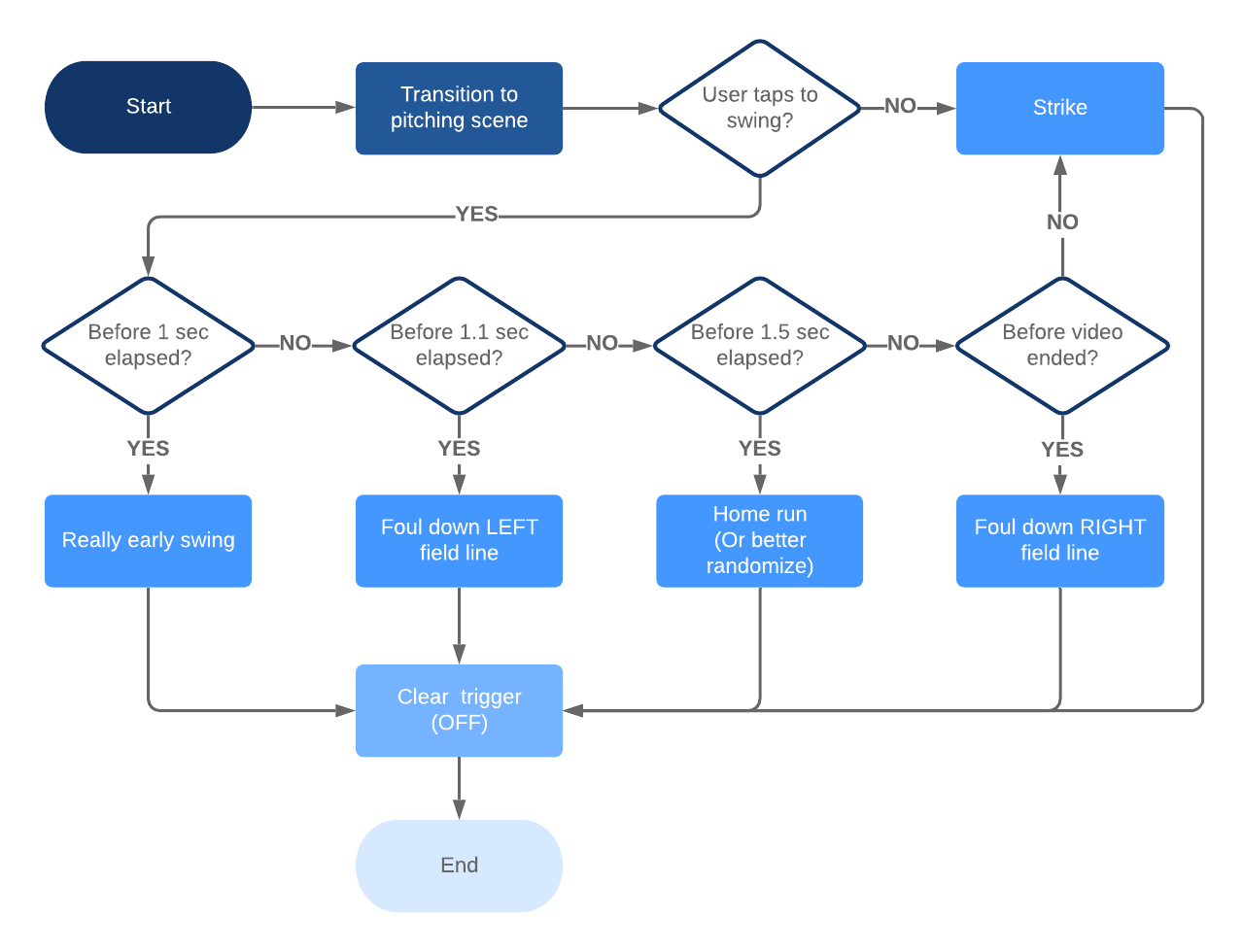 You can design a demo with a scene like this in either of the following ways:

To use a timed trigger, you need to do the following in the Pitching scene:

In Path View, the transitions for the use case above should appear similar to the ones shown below.

Since triggers should be used only in the scenes in which you set them, you need to clear them at the end of each scene, regardless of whether you set the triggers at the scene or gesture level.

To clear a trigger:

Let us know if this helped answer your question or solve your problem so we can continue to improve our documentation and training.
Tags:
Next Advanced Transitions
Table of Contents