To facilitate and speed up the demo creation process, select and prepare all media assets in advance.

Assets typically include video files with action sequences, finger tap or arrow animations and sounds, images, sound effects, background music, instructional text with effects, and so on. Additionally, you will need to identify desired user interactions and transition logic for the selected scenes.

To select videos for an app or game demo:

Tip: The fewer characters and alternate paths you make, the fewer videos files you will need to make and prepare. We recommend a maximum of two characters.

What about Alternative Paths?

For more sophisticated transition logic, with decision points for alternative paths, you can outline your desired flow by creating a flowchart and then use it to figure out what additional media assets you may need. For example, the baseball flowchart below indicates the need for four additional assets if one of its transitions is randomized. 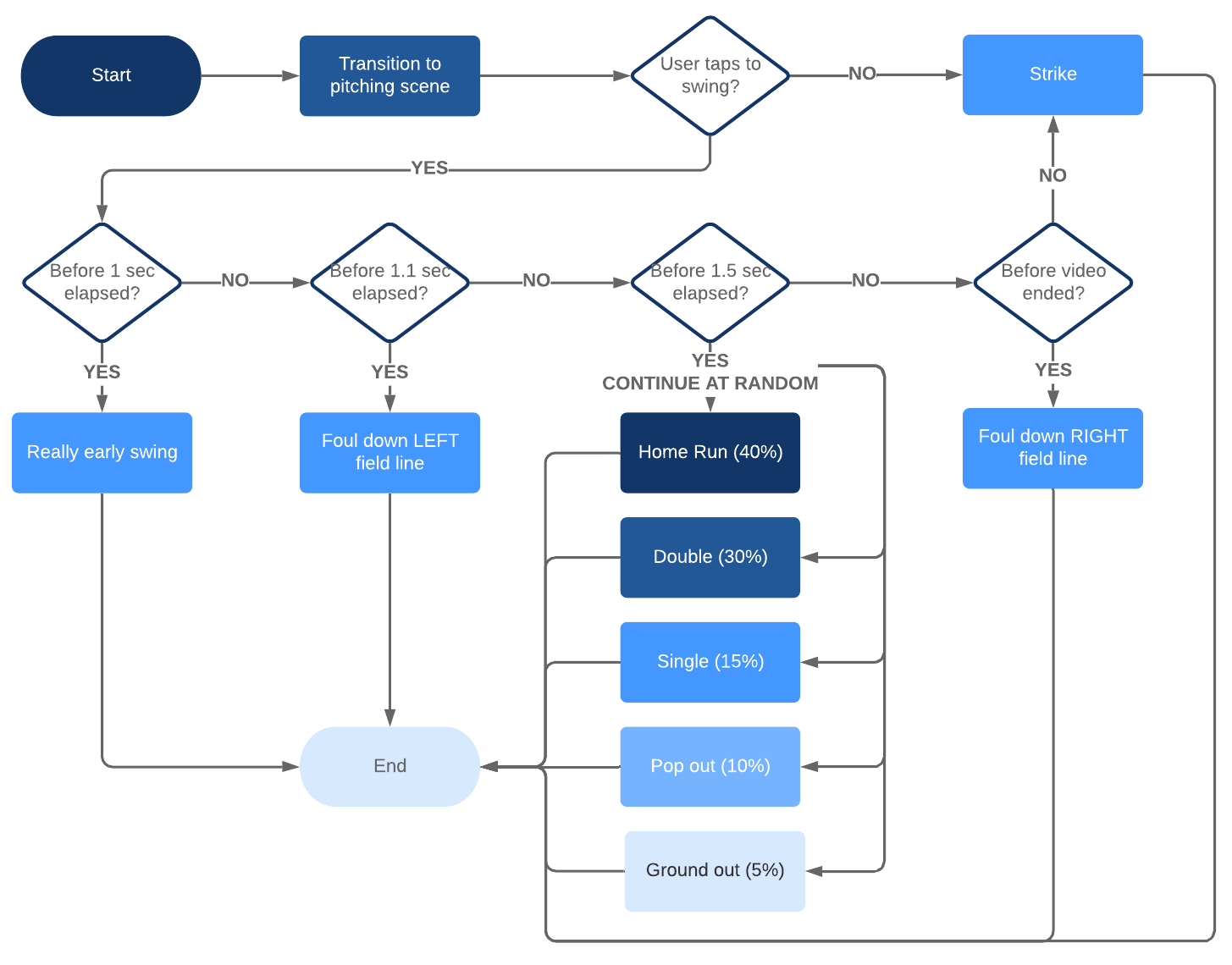 Your flowchart doesn’t have to be a formal, detailed outline of all possible permutations. Figuring out your overall desired demo flow, however, will also come in handy when you start creating a storyboard, which can be just as informal.

Tip: You can scribble your diagram on paper. You will decide on how to implement logic for each decision point later, after you learn about Advanced Transitions, Triggers, Counters, and Logic-Only Scenes. For now, focus on identifying the media assets you need.

After you have decided which scenes to include in the demo, make a detailed list of other assets that you think you will need for your demo. For example, your final list for a basic on-rails demo may include the following items:

After you make a list of the required assets and have an idea of your demo flow, you may start creating your storyboard and preparing your assets.

Let us know if this helped answer your question or solve your problem so we can continue to improve our documentation and training.
Tags:
Previous File Preparation
Next Tips
Table of Contents