These scenes do not appear on the screen and contain no assets or interactive elements. Instead, they include actions and events that are all executed as soon as the specified conditions are met.

Logic-Only scenes are computational in nature and exist for only a fraction of a second. You can think of these scenes, especially when you use them in a series, as the “brain” or “CPU” of your project.

Setting a scene as Logic-Only is easy, all you need to do is to select the Logic Only checkbox in the scene’s Properties. It is defining the logic itself, however, that requires time and effort when working with Logic-Only scenes.

The sections below outline the best practices and benefits of using Logic-Only and provide two use cases with step-by-step exercises.

What Exactly Does the Logic Only Checkbox Do?

With each scene transition within a project, all layers in the preceding scene get hidden. In certain scenarios with advanced transition logic, this may cause flickering on the screen. For example, if you show text with a counter value in a scene, recalculate the value in the following scene, and then return to the previous scene to update the counter value, there may be a momentary flicker on the screen when the text layer is made visible again.

If you select the Logic Only checkbox in the Properties of a scene where calculations are performed, there will be no flickering. Selecting this checkbox ensures smooth, seamless transitions between the scenes separated by a Logic-Only scene or series, without a glitch on the screen. This is especially important for projects with persistent buttons or game settings images.

Selecting the Logic Only checkbox also prevents you from inadvertently adding any assets or elements to Logic-Only scenes as they won’t appear on the screen. Similarly, if you set any regular scene as Logic-Only, any existing assets or layers will be removed from it.

As your expertise with Studio and understanding of its capabilities grow, in some projects, you may consider creating scenes with the Logic-Only-like functionality without selecting the Logic Only checkbox. This is not, however, a recommended practice.

Adding Logic-Only scenes to your project has multiple benefits as these scenes let you do the following:

For example, you can use Logic-Only scenes to set counters, check their values, and then transition to different scenes based on the counter value or display a specific image out of multiple choices. You can also use Update Text actions, for example, to have the counter values displayed in the subsequent scenes. For details, on available counter actions, see Counters.

The most effective way of using Logic-Only scenes is creating a series of them to calculate and produce dynamic results and display them in other scenes.

Oftentimes, when represented visually, the logic implemented by a series of Logic-Only scenes looks like a hierarchical web with the following distinct components:

Here’s a cascading series of Logic-Only scenes that lets you display randomized results, for example, based on conditional logic with counter values. You would need to use only one counter to accomplish this. See Use Case 1 below.

Below is an example of a Logic-Only series with randomly looping sequences that keep track of incrementally increased counter values until a set maximum is reached and the results are displayed on the screen for the user. This series would require several counters, with one main counter essentially driving the entire logic in this series. See Use Case 2 below.

Creating Logic-Only scenes to account for numerous variations of possible outcome can be a tedious, repetitive process, which often requires having most regular scenes and elements already in place. To facilitate the process and avoid confusion, follow the guidelines below.

This use case implements the logic illustrated in the first of the two diagrams in Logic-Only Series above.

Suppose you have several monsters (or any other items) in your project and you want to randomize the appearance of each monster in the final output.

To accomplish this, you would use a series of Logic-Only scenes with one counter, several Show Element actions, and transitions with counter conditionals.

Below is a high-level description of the overall process of implementing this scenario, assuming that the Display Monster scene is already added with the appropriate images for the randomized display.

Tip: If you would like to build and test a mini-project for this use case from scratch without any assets, skip to the Use Case 1—Follow-Along Exercise below.

This exercise walks you through specific steps of a Use Case 1 example and illustrates the first of the two diagrams in Logic-Only Series above.

In this example, the user can randomly display 5 different “monsters.” No assets are required. You will use containers for images. Just open Studio and follow along!

Step 5. Finalize and Preview the Project

Use Case 2—How to Keep and Display Count

This use case implements the logic illustrated in the second of the two diagrams in Logic-Only Series above.

Suppose your project includes a segment where the user can mine several different resources, and you want to accomplish the following: 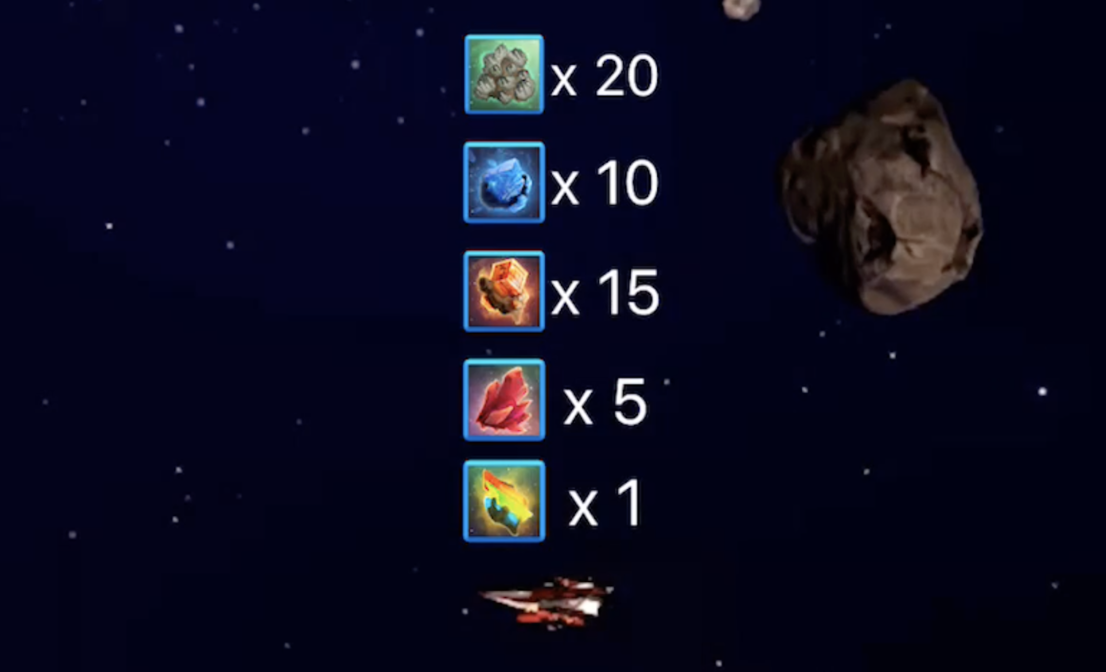 This scenario requires a counter for tracking the amount of each resource received, for example, 7 counters in the example above. To enforce the limit of 5 resources, you will also need a separate counter for tracking the number of loop iterations between the parent and child Logic-Only scenes. You will also use this counter in conditional statements to drive the transition logic in this scenario.

Below is a high-level description of the overall process of implementing this scenario, assuming that the Display Final Count scene similar to the one shown above is already added with the appropriate Text areas for displaying counter values.

Tip: If you would like to build and test a mini-project for this use case from scratch without any assets, skip to the Follow-Along Exercise below.

Tip: You could also add Show Element actions in the Display Final Count scene to display the resource images and their count sequentially, using the At Time event for each action. You may also want to reset your counters.

This exercise walks you through specific steps of a Use Case 2 example and illustrates the second of the two diagrams in Logic-Only Series above.

In this example, the user can mine 3 different resources, with the total number of resources received limited to 10. No assets are required. You will use containers for image icons. Just open Studio and follow along!

Step 5. Finalize and Preview the Project

Let us know if this helped answer your question or solve your problem so we can continue to improve our documentation and training.
Previous Counters
Table of Contents