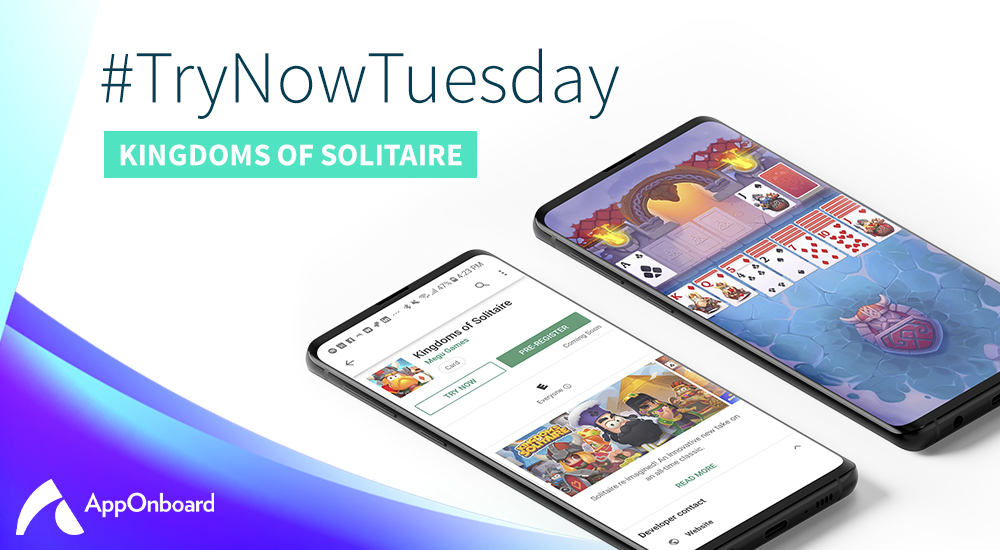 Each “Try Now” edition highlights a new instant app built for a top developer. Catch up on the rest here.

Megu (Me-Goo) Games is an up and coming mobile game developer based out of Sedona, Arizona. The team includes industry veterans with over 100+ years of combined experience and who have collectively published 185 titles across a variety of gaming platforms. 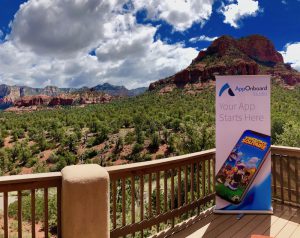 Megu Games is currently working on several titles that will be released this year and in 2020. This quarter, the developer is looking forward to publishing a modern take on the classic game of solitaire called Kingdoms of Solitaire. The game will feature three uniquely-themed kingdoms at launch and new, dynamic gameplay featuring a variety of characters, quests, and social leaderboard features.

Instead of waiting to finish developing the full game to begin allowing users to try the gameplay, Megu Games partnered with AppOnboard to give users a sneak peek at the game and begin garnering pre-registrations on the Google Play Store.

“With just initial art assets and a vision for what we wanted Kingdoms of Solitaire to be, we were able to design and build an interactive version of the game that gave players a true sense of the experience even before we wrote the first line of code,” said Ron Shellhamer, CEO of Megu Games. “AppOnboard Studio saved us thousands of hours and months of development time and resources and we were able to bring our idea into pre-registration onto the Google Play store in a matter of days.”

Users can now try out the game and pre-register to get future updates on the game, including when Megu Games releases the full Android version.

Check out the Kingdoms of Solitaire instant app below:

Try This Week’s App Store Demo For Yourself: