Long-term AppOnboard partner, Fumb Games, begins to create on its own with AppOnboard’s #NoCode creative software

Earlier this year, we featured casual game maker, Fumb Games, on our blog (check out this post about our work together on Zombie Labs). The independent studio continues to deliver casual titles that appeal to global audiences, most recently with titles like Animerge and Blacksmith. Blacksmith, a merging idle RPG game, has already been downloaded over 1M times and has topped the casual game charts in multiple countries (Top 15 in the United States, United Kingdom, Canada, and Australia).

“We have constantly been impressed with AppOnboard’s quality of product,” said Fumb Games co-founder and CTO, Oscar Mullan. “When we learned we could begin creating these high-fidelity experiences ourselves, we had to give it a try.” 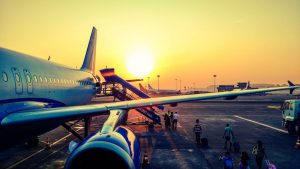 Fumb Games’ first attempt was a quick and successful creation for Blacksmith that was built in just two hours during a flight from Kiev to London.

“The AppOnboard Studio software was super intuitive, and we were able to go from start to finish over a quick flight,” said Rosie Lucas, User Acquisition & Relationship Manager at Fumb Games. “That includes the whole project: from asset creation to finishing the project.”

Check out the Blacksmith instant app below:

Now armed with the AppOnboard Studio, Fumb Games believes the opportunities are endless for its use of the software when it comes to Google Play Instant apps and playable ads.

“With AppOnboard Studio, we can quickly iterate, optimize, and A/B test like never before,” said Lucas. “The usability of the software is super high, so it’s easy to switch out different elements and create iterations for testing purposes.”