Founded in 2002, Big Fish has become a household name in the gaming industry, releasing many hit titles over the years, including Big Fish Casino, Gummy Drop!, Fairway Solitaire, Jackpot Magic Slots, and Cooking Craze. The company has distributed more than 2.5 billion games to customers in 150 countries across various platforms, including PC and mobile. It was not surprising that in early 2018, it was announced that Big Fish had been acquired for nearly $1 billion by Australian casino firm Aristocrat Leisure.

Big Fish partnered with AppOnboard’s platform recently to create an instant app for its popular game, Cooking Craze. The cooking-themed time management game has been installed more than 38 million times and was ranked as the No. 1 arcade game in 45 countries on both Google Play and Apple App Store, according to Big Fish.

Check out the Cooking Craze instant app below:

In the instant app experience, players begin to learn how to be a chef by cooking and preparing orders for incoming restaurant customers. After being taught how to do the first order, players are then challenged to cook, prepare, and complete the orders for 4 new customers in a free play scenario (in any order). 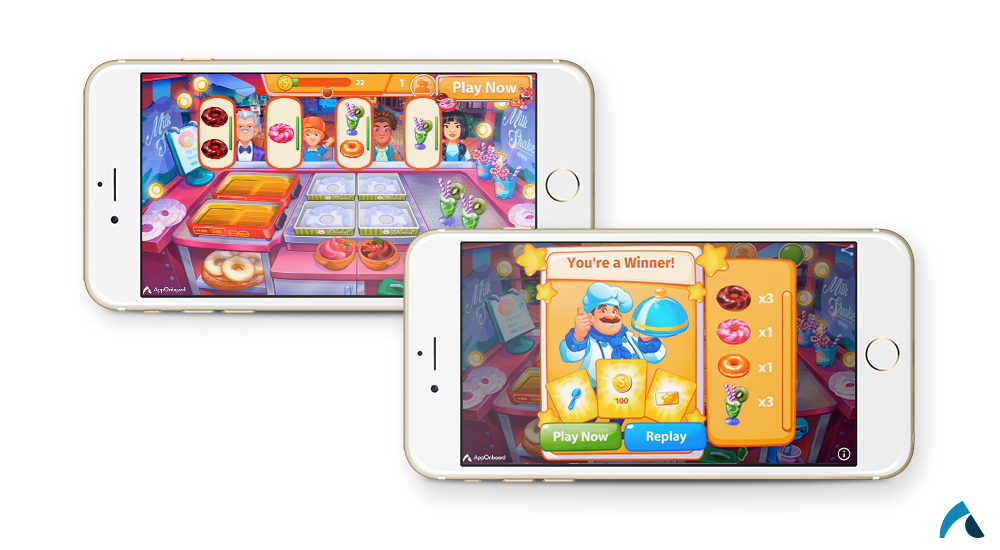 “When the Google Play Instant program was announced, we knew it was an ideal user experience to give players a chance to try out the game pre-install,” said Dan Brosseau, Manager of Growth Marketing at Big Fish. “AppOnboard Studio helped us create and launch our instant app faster, and we are seeing monetary results in the in-app economy for Cooking Craze.”

Once Big Fish launched its Google Play Instant app (enabling its “Try Now” button on the Cooking Craze game page on the Google Play Store), it began to see the fruits of its creation as those that tried the game before installing were more likely to drive revenue for the game studio.

In addition to having an increase in retention, “Try Now” users (those that tried the game via the instant app before downloading the full version of Cooking Craze) were also more likely to monetize in the app, whether through in-app purchases or the consumption of ads.

This was the hypothesize of Big Fish when the company looked into the Google Play Instant program, and it is thrilled that the metrics are proving the value of the “Try Now” button. “With AppOnboard Studio, creating these instant apps and playable ads can be easy. We look forward to partnering further with AppOnboard’s software to create more experiences and iterations as we have seen a direct impact on user quality that we look forward to bringing outside of the instant app and into network playables,” said Brosseau.